And I know, like, one of the weird quirks of Twitter is you’re in this space occupied by millions of other people the majority of whom you don’t know personally and will never know past a weird username and a funny icon, and maybe .0001% of those people you might have enough commonality with that you can see eye-to-eye on one or more things, and you’re in this space that encourages the briefest of possible interactions (280-character limits)–

and you’re taking all of this into account (or should be) anytime you decide to have an interaction on Twitter.

But there’s this thing.

Where people just assume that they know you. You are a person on the Internet, they have seen your username and icon around, maybe they follow you, and that means they know you. And so they will talk to you like a person that is a part of their lives.

But they don’t know you. They don’t know a single thing about you other than the image you project now and then in 280-character snippets, your life experience is not theirs and may not be something they’ve ever engaged with. You’re not friends, you’re not even acquaintances, you are actual complete and utter strangers. And this stranger you didn’t even invite into your space is suddenly there, talking to you like they know you.

And because they “know” you, they’ve decided to reply to your tweet where you’re just venting about an annoying thing in your life, you don’t need advice, but this person has decided to offer advice even though they don’t know the details of your particular circumstance that you hinted at in 280 characters and they haven’t asked, but they want to help, so they’ve replied with “Well I Googled your situation, and here’s what I suggest.”

And they also didn’t bother to read the other comments on your tweet or they’d have noticed that they’re the fifth person to Google your situation to find a solution to a problem you didn’t ask for help with, and you’re not mad at them specifically, but they are now the fifth person to offer this unsolicited advice and unfortunately their reply is the one that makes you snap.

There’s this thing where there’s beef on Twitter, not even your beef, hell you’re not even adjacent to it, but you’re on Twitter so you’ve got a front row seat. And at some point you are sucked down the rabbit hole, and as you read tweet after tweet and feel more and more uncomfortable like you’re in trouble even though you’re not, you think to yourself:

But, well, you do have Twitter, and it’s hard to look away when all of your mutuals are talking about it, so you DM a friend and say “OMG are you watching this?”

There’s this thing where some magazine art director comes into your thread in a rage because you’re giving terrible professional advice for the magazine illustration industry, and you want to say, “But I’m not talking about the magazine industry. I work in animation. I’m an animation professional giving advice for the animation industry,” but you don’t know this art director and you don’t know why they’re arguing with you, and you want to believe their critique is in good faith, so you accept it.

There’s this thing where someone in the UK quote-tweets your thread and laments the US-centricness of it, how so much of Twitter is US-centric, and you think, “But I’m based in the US. I’m talking about the US because it’s my frame of reference. I’m not qualified to talk about what’s going on in other countries, and the US is where I live and work, it’s what’s relevant to me, and it’s what is relevant to the other US friends and professionals I’m trying to talk to. If you want to talk about the UK, why don’t you talk about the UK? Please, by all means, start your own thread.”

And to be sure, one of the amazing things about Twitter and other social media platforms is their ability to expand your world. You, perhaps, are a lonely person living a life more isolated than you’d like, maybe you want to be a part of a specific community but that community doesn’t exist in your area, or maybe that community does exist, but it’s not safe for you to engage with openly. Twitter puts that access right at your fingertips. You can have that access anywhere, in the palm of your hand or in the comfort of your home. It has bridged the global divide in a way that was impossible twenty years ago, made some conversations possible and amplified others. In the early days, Twitter felt like a worldwide water cooler.

But, to have these conversations, walls have understandably had to come down. Boundary lines have had to be erased. And after ten years on Twitter, I find myself looking to once again strengthen those walls and reestablish those boundaries. It was nice to explore beyond them and experience a wider world… but now, I’d like to reacquaint myself with my personal space. The world is big, but I am one person, and it is not a bad thing to spend time focusing on myself and the real, tangible things in one little life.

And maybe one day I’ll be ready for the great wide world again, and I’ll return.

Or maybe I won’t, and I’ll stay in my little space a while longer. 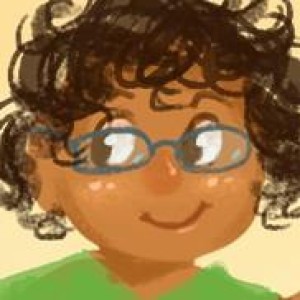 I’m writing this post because I feel like I should, but now that I’m here, I don’t know what I want to say. This week, I say goodbye to Coal. I guess it feels strange, because I’ve been waiting for this moment. She got her…

I am trying to tackle some last-minute deadlines before I hop on the plane to the Los Angeles Times Festival of Books. LA has called me at last. I’ve avoided travel the last two years, haven’t been back since I moved in 2020. Come see…

After so many years, I’m still getting used to the social media thing. Here I am sitting at home, kicking myself for not taking any photos or videos at the FONA Native Plant Sale today. So alas, you’ll have to imagine it. It was hosted…

This topic confused some people the last time I brought it up, so let me be clear. This is an art post about how to observe and paint light and shadow on human figures with dark skin. It is not a post about what colors…